Party your way to good health this weekend

With the weekend just hours away, it’s time to let loose! Not like you need it, but here’s additional incentive to party tonight – dancing, alcohol, and flirting all fall under the umbrella of healthy living…within moderation, of course.  Howcast and GE’s Healthy Imagination project joined forces in this video with healthy ways to live it up this weekend. I’ll be seeing you on the dance floor…

A time and place for dance with bodycity 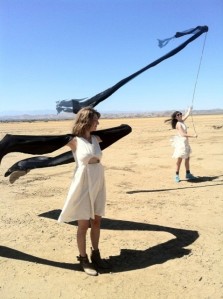 From the ethereal to the awkward, all movement has a place in the human psyche.  In Los Angeles, there is a troupe that’s not afraid to dance it all.

bodycity (all lowercase) is a democratic dance collective based in Los Angeles, dancing the in-between spaces of conceptual art, traditional performance, and social event. The group is democratic in that no dance is the brainchild of just one person, each dancer must both choreograph and perform every piece – becoming both teacher and student in an ongoing, collaborative cycle.

The level of dance training in bodycity varies from formal education, to none. And there is no ideal body type or style. Only when each dancer’s unique shape, size and movement pattern is expressed together, does the dissonant vision emerge as a singular piece of art. 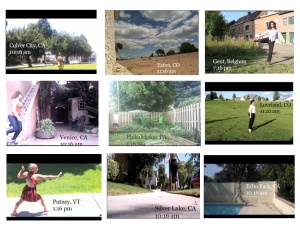 The Summer Solstice Session. Image from the bodycity website

The themes of bodycity dances are time and site-specific. One example is Summer Solstice Session. Each member performed and chronicled a five-minute dance outside, at the exact time of the summer solstice. At that moment, the performers were spread out all over the world, from Belgium to Colorado. The videos were collected and shown at the California Film Festival in September. 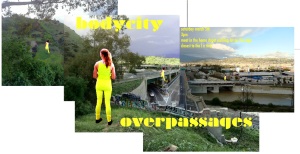 An epic piece titled Overpassages, converged at one of the busiest transportation intersections in the United States: between the 110 highway, the 5 freeway, the LA River, and the Los Angeles railroad tracks. Each dancer stood throughout the odd wilderness, “in-between” spots, and communicated by relaying energy and movement – like a telephone game across great expanses of cars, trains, and life on the go. It literally brought traffic to a halt. A two-minute video of the performance may soon be viewable through the Los Angeles Metro Arts program.

Their latest piece End Trails was performed on October 16th, at the High Desert Test Sites of Joshua Tree. It explored the space between Los Angeles and Joshua Tree, the journey into the desert, and the road back home again. 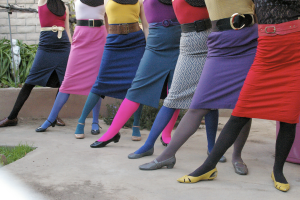 The origins of dance are tribal by nature, celebrating a time and place, celebrating a community, and celebrating ourselves. For whatever reason, dance fulfills a human need to creatively and physically, self-express.  bodycity reminds us dance is for everyone, at any time, and anywhere.